In March, Lance and I had the pleasure of working at an event in the Gaylord Opryland in Nashville, TN.  This is an amazing place.  It’s the largest non-casino hotel in the US and covers about 9 acres of land.  Inside, in addition to the rooms, convention rooms, shops, and restaurants there are also rivers, waterfalls, plants, and fish.  It’s a gorgeous space. 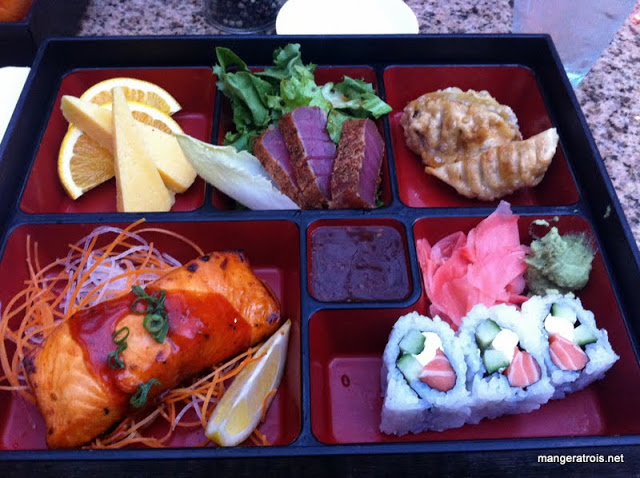 We got to the venue early enough that we hadn’t eaten lunch yet, but not late enough that we were ready for our dinner reservation.  Lance suggested that we hunt down lunch and shift our dinner reservation to later in the evening.  I opted for Wasabi’s since we’d passed it on the way in and it looked like it had a tasty menu.  Lance isn’t a huge lover of sushi but, thankfully, there were bento boxes on the menu.  He and I both had the same one and it was the best bento boxes I’ve ever had.

We were able to swap out the California Roll with my favorite, the Philadelphia Roll.  The chef let us do this because we were both ordering the same thing.  The tamago was lovely, the gyoza were crisp and full of great flavors, and the tataki rocked.  The downside of this meal is that it was $60 for the both of us.  Gulp! 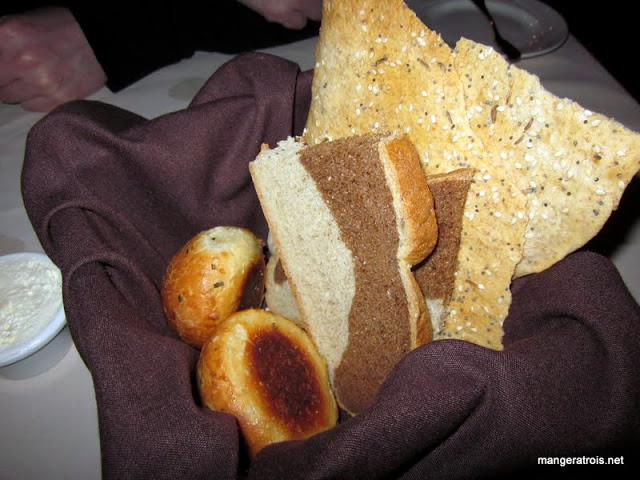 This meal started out with an assortment of breads and some crispy rosemary cracker things. 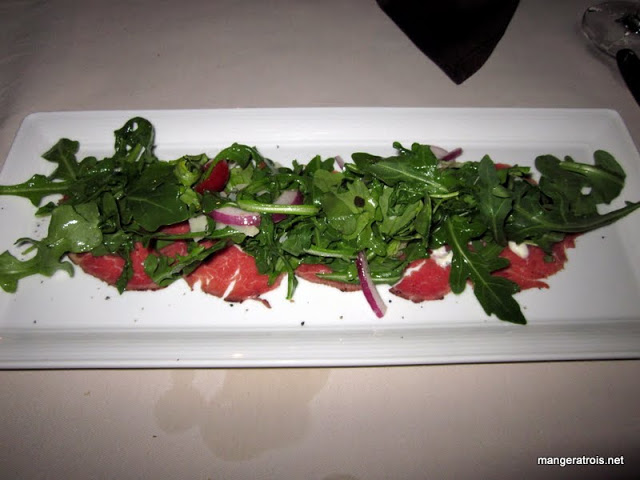 We started off our meal with this carpaccio appetizer.  I’ve never had carpaccio before so I was eager to try it.  The presentation made it more like a salad with some carpaccio accents – we would have liked more carpaccio with our arugula, but it was still delicious. 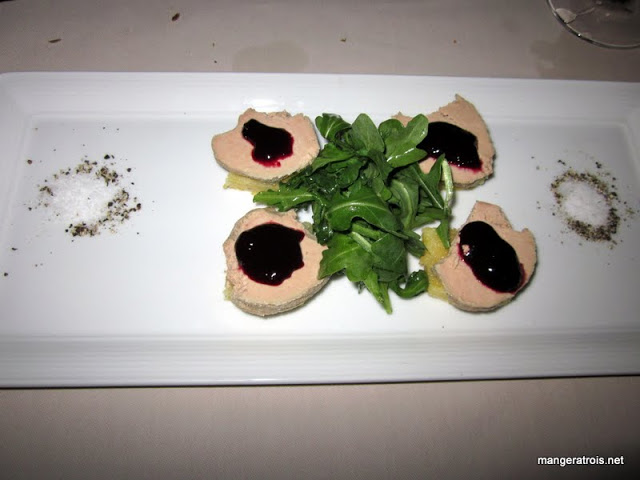 Then we shared the foie appetizer.  It was very different from the other foie dishes I’ve had in restaurants and seemed more like pate to me.  It was also very sweet due to the jam and cornbread.  This almost felt like a dessert dish than an appetizer, but it was certainly tasty. 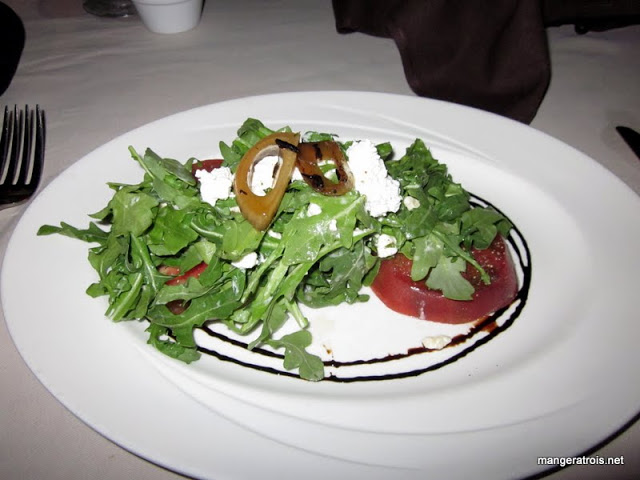 My salad featured yet more arugula.  I swapped out the blue cheese for goat cheese, since I’m a fan of the latter and not the former.  It was a very tasty salad and the tomatoes were great. 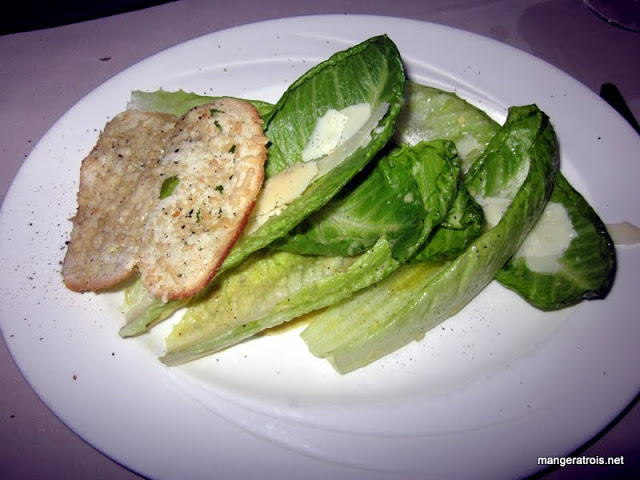 Yet another restaurant that falls prey to uncut salad – Lance’s pet peeve in a salad.  He still enjoyed it but how much can you really say about a Caesar salad? 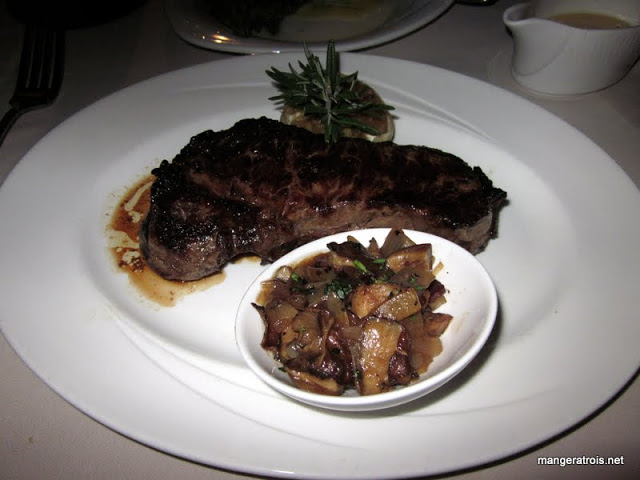 I opted to be different and order a NY Strip instead of my usual filet mignon.  I think I did this because I wanted a change and because the filet seemed small so I knew that Lance would be happy to share the strip with me once I ate what I wanted.  It was great and the ragout/jam type topping was nicely flavored.  It also came with a head of roasted garlic.  Yum. 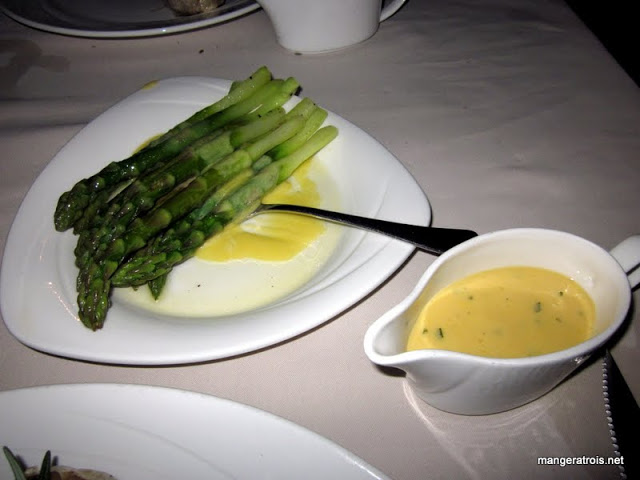 Yet again, I ordered asparagus since I’m really loving it these days.  This asparagus was delicious and came with a great hollandaise sauce.  My steak also came with Sauce Foyot which was a nice one for me.  It’s a béarnaise sauce with meat glaze added and also went nicely with the asparagus. 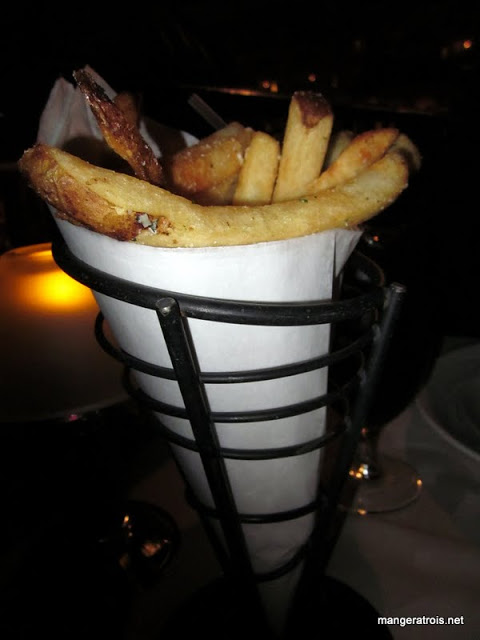 These need no explanation, they were tasty! 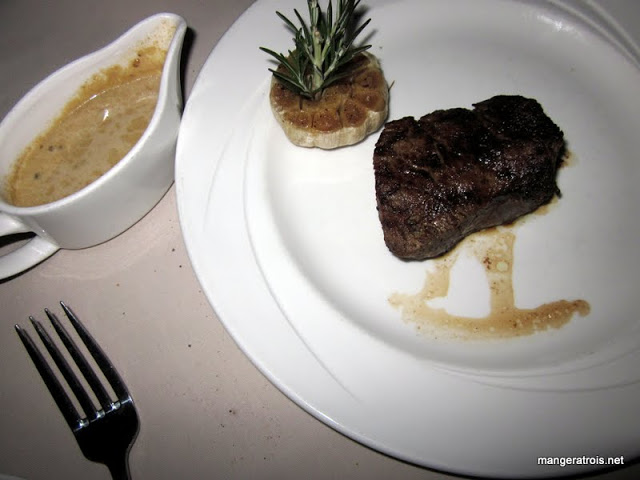 Lance ordered the filet with the peppercorn sauce and loved it.  He thought the sauce was great and he’s not normally a sauce person at all.  His steak also came with a head of roasted garlic.  Yum.

We opted to skip dessert here, since none of them were a) appealing or b) nut-free.  We did end up getting ice cream at the Haagen Dazs place on the island across from our table.  Not a bad way to end a meal.

This was a really great place to eat a meal.  The restaurant was in the middle of the biodome and our table was in the “outdoor” eating area.  Even though we were technically inside, we had streetlights and the sound of waterfalls to go along with our meal.  Very pleasant atmosphere, enjoyable meal, and great service.  I’m pleased with our choice to dine here. 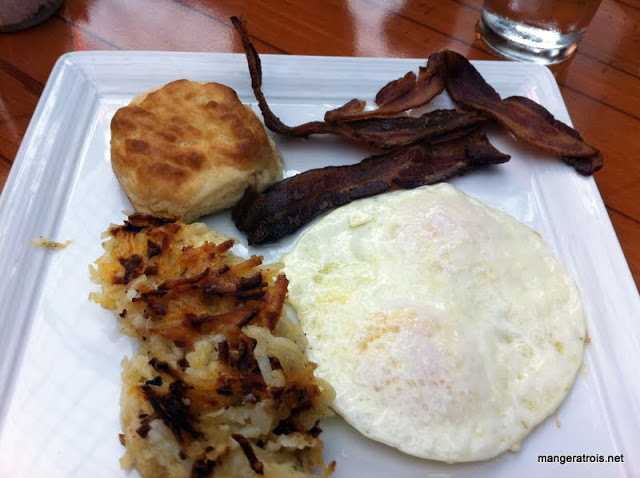 In my day to day life, I’m not a big breakfast eater, but, as I tell people when I’m working events, it’s the most important meal of the day because it’s the only one I can ensure that I get.  Lance and I both ordered the same thing and it was a tasty, if standard, breakfast.  There were koi swimming next to our table which made it very pretty.

Other Meals
I have no pictures of other meals, but we did eat them!  We tried out Fuse Sports Club for dinner and we ordered extra food to keep in our room fridge for breakfasts.  We also got lunches from Stax Burgers and Paisano’s Pizzaria.

Overall, the food at the Gaylord Opryland was great and of all the places to be stuck, you could do much worse than here!